I am finally here. Hopefully posting more. I finally got the planters for my husband grave finished. It has been a process. First attempts blew up or cracked in the firing, not a good start. Since they were for his grave i had been dragging my feet. It has been two years since he died unexpectedly. Dealing with the aftermath, single with an adult child, who is new to adulting. It’s one of those long strange trips.

Being productive now, but anything that could stop me has. The drought in the area is now affecting me personally. It’s been strange having to struggle to have enough water to wash  and clean things. Plenty of water to drink, but don’t flush the toilet. I have been collecting rainwater and learning how to prime a water pump. So I have been somewhat distracted.

I did managed to produce some steins for a show and sold a bowl at the stein show, go figure. Fortunately people did like the steins and they should do well at the holiday sales.

Anyhow some pictures for your perusal, the planters and some plates in progress. I will have pictures of the steins soon. 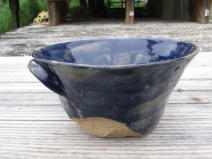 one of the once fires. 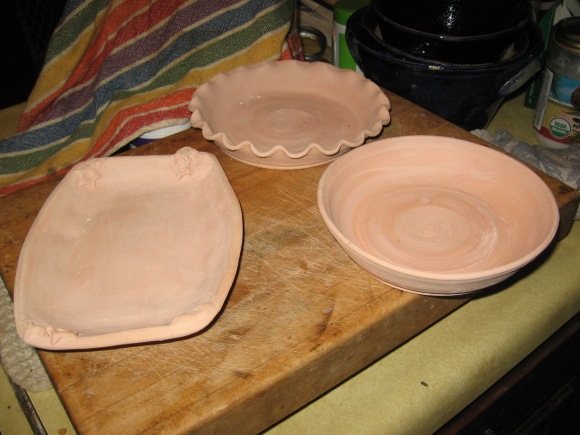